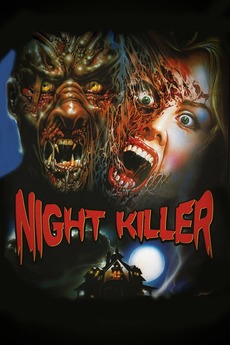 Mystifying, beguiling. These are just a few terms which could accurately use to describe the bonkers 1990s Italian horror, Night Killer.

Directed by two giants of Italian crap cinema, Claudio Fragasso (Troll 2) and Bruno Mattei (Rats/Hell of the Living Dead/Shocking Dark) Night Killer features an antagonist who is a bit of a cross between the Toxic Avenger, Klaus Kinski’s Nosferatu and Freddy Kruger, with none of the charm or scariness of any of them. Quite a feat.

The killer in question, who it should be pointed out, doesn’t kill at night, hunts down a bunch of dance students in a pathetic third-rate theatre. He also murders a woman in an aquarium for the sole purpose of her being there, and this being filmed in Virginia Beach. She seems to have been a complete afterthought. Much like the script. Or the plot. Or the mise en scene.

Night Killer is really really bizarre stuff. But of course, it’s right up our alley as hosts of the Really Awful Movies Podcast. Be sure to subscribe, and pick up our books to support the show.