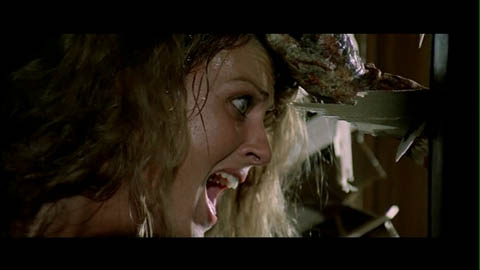 Is gore required in horror movies?

On this podcast we discuss Zombi 2, Dr. Butcher MD and how Italian directors became known for shocking gory films.

We discuss movies and magazines that influenced us, such as Friday the 13th and Fangoria.

In Tenebre, an arm is sliced off and blood splatters absolutely everywhere.

Not every film needs gore to be effective, but it helps with the horror experience.

Also, the French gore new wave, Inside AKA l’interieur and Martyrs. Martyrs is one of the most harrowing films ever made. It’s worth seeing once, but it’s damn-near impossible to see it again. Cutting Moments also discussed.

We also discuss protracted torture scenes in mob shows/The Sopranos and Marathon Man and appendages lopped off in Terror Firmer.

What kind of gore gets to you? We look at eye gouging, needles and the Brandon Cronenberg (son of David) film Antiviral.