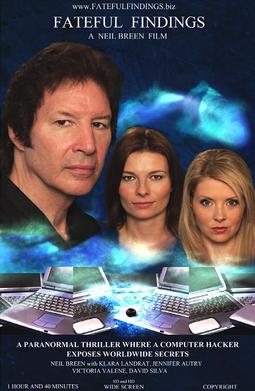 Director Neil Breen makes mystifying, bizarre films that frequently make little sense. In this year’s US presidential race, people on the Left have been feeling the Bern. We’re feeling the Breen.

As beguiling as The Room, what Fateful Findings has in common with Tommy Wiseau’s infamous flick is a) a budget and b) an auteur vision. Both films (occasionally) look like real movies. But both barely make any sense.

The plot? Dylan (Neil Breen) has a near-death experience. He makes a miraculous recovery, and begins to focus on the important things in life: hacking into government computers. Or something. Beyond this, it’s really difficult to know what in hell is happening. There are plot turns and exposition not from left field, but from far beyond the left field bullpen, into the stands, out in the parking lot and into a neighboring area code.

Tempt fate and watch Fateful Findings. You’ll be glad you did.