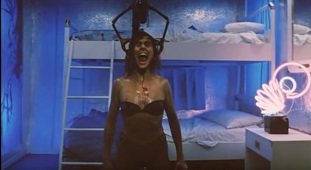 Two aquatic-themed Italian creature feature horrors. Which is odd, as we didn’t plan it.

In this episode, a regular feature of the Really Awful Movies Podcast we call CRAP OF THE WEEK, we discuss movies one of us has seen and the other hasn’t and vice versa.

Against all odds, two very similar something fishy movies, Island of the Fishmen, a 1979 Italian adventure action horror film directed by Sergio Martino (best known for the notorious The Mountain of the Cannibal God) and 1994’s Creatures from the Abyss, aka Plankton, by Al Passeri. We chat about the former’s similarity to Island of Dr. Moreau, its Voodoo chicken rituals, missing and marooned French soldiers, a subplot involving the Lost City of Atlantis and of course, some nefarious experiments carried out by a diabolical doctor. 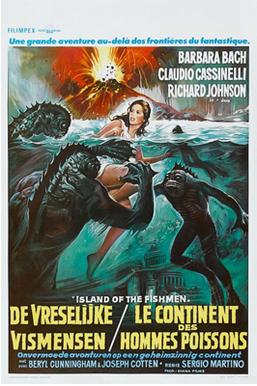 Creatures from the Abyss features kids who go missing on a dinghy and hop aboard a research vessel in the open seas, which turns out to be abandoned – its occupants having left in great haste, save for one, a lab assistant frothing at the mouth. They quickly happen upon nefarious experiments (naturally) and boy do things go nuts thereafter.