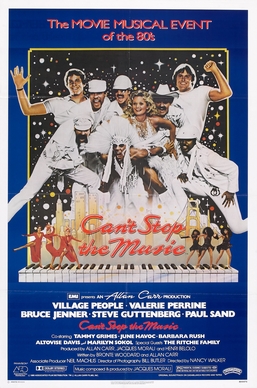 The Village People movie! Yes, Can’t Stop the Music follows the exploits of the infamous 70s disco group whose hits like YMCA and Macho Man are absolutely impossible to avoid (no matter how hard we’ve tried).

As a bonus: in this film you get a young, roller skating Steve Guttenberg in the lead role and a pre-Caitlyn Bruce Jenner. And you get to find out how the group formed and got its name.

Is it deserving of all the scorn? Mostly, but not quite. With a budget of $20 million, the film was released at the tail end of the disco movement and was an absolute flop.

Join us as we assess Can’t Stop the Music.