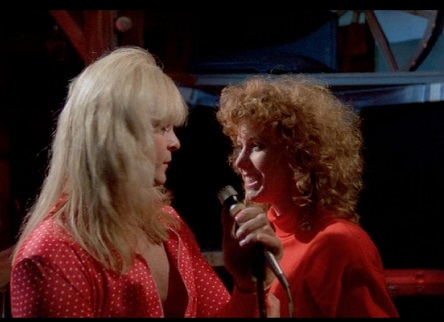 On this special episode of the Really Awful Movies Podcast, Musical Performances in Horror Movies!

Much has been said, and much ink has been spilled about horror movie soundtracks and the like…your Tubular Bells from The Exorcist, the ba-dum…ba-dum…ba-dum from Jaws…but there’s an interesting, overlooked bit of fun in horror movies: Horror movie musical performances!

The Prowler is a pretty fun horror/slasher film. It’s got great effects by Tom Savini, a terrific antagonist who wields a mean pitch fork…but it’s more than that. At the high school dance, a band plays for the kids. It’s a song called The Hard Way, by Nowherefast. It’s terrific stuff, and everyone’s having a rip-roaring good time.

What about Thor? (pictured above). His music, particular “Energy” from Rock ‘n’ Roll Nightmare is just pure, glorious, un-diluted cheese. There’s great music from that one for sure.

Check out our list of some of our favorite horror movie musical performances here!

And don’t forget, subscribe to the Really Awful Movies Podcast.