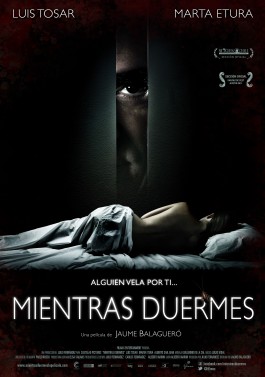 REC is a handheld/found footage film that’s one of the best of its type, and Sleep Tight, while a different style of filmmaking, brings the chills as well.

Cesar is a building concierge/superintendent tasked to do repairs, maintenance in a Barcelona building. And he’s consumed with one of the tenants, Clara, sending her gross texts and letters and even sneaking into her unit, making excuses for extra repairs that need to be done there.

Sleep Tight is a, well…”tight” little horror film. There are a few definite surprises and the performances are top-notch. And the cast of characters in the building helps build atmosphere and intrigue, particularly the little girl who is on to Cesar.

On this episode of the Really Awful Movies Podcast, maintenance man horror movies put in context, with references to the Val Kilmer vehicle, The Super, but also the slasher series, 13 Cameras. Also, the Spanish horror scene and how there was a period in North American where horror filmmakers dropped the ball, only to be picked up again abroad.