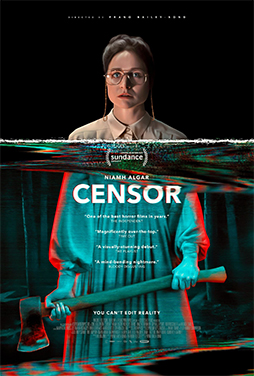 On this episode of the podcast, a British Film Board Classification censor gets caught up in the work of an exploitation director.

Here we are with Censor, a period piece set in 1980s London, during the peak of moral panic and the world of Video Nasties, so dubbed because they were deemed excessively violent.

This 2021 British psychological horror film was directed by Prano Bailey-Bond, and created a small buzz at Sundance.

On this episode, contextualizing the film with the likes of Videodrome and The Editor, plus discussions of Driller Killer, The Stuntman, and Don’t Answer the Phone! along with other films that infamously landed on the Nasties list.