Two very different movies on the podcast this week. The first, is a low budget British horror called The Barge People. It’s about, of all things, creatures that lurk about near canals and torment canal boaters. Hey, there’s something for everyone in horror, apparently.

Two couples get together for a weekend getaway…floating down canals in the English countryside in what’s known as a narrow boat. Apparently, 8500 or so people in the UK have registered these vessels as permanent homes. Weird.

Anyway, things begin to go a bit awry, as this is, after all, a horror movie. A series of murders takes place nearby and adjacent to the canals the couples are travelling on. And they eventually encounter….well, look at this poster! 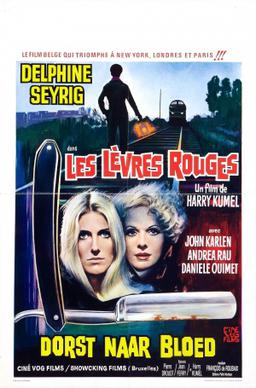 Stefan Chilton, raised in the US, is the scion of an upper crust aristocratic British family.

He is traveling with his newly-wed wife, Valerie, through Europe and by all accounts is having a great old time.

The couple check into a grand hotel on the Belgian seaside, intending to catch the cross-channel ferry to England, where Stefan’s mother lives. As it’s off-season, the hotel is empty.  At nightfall, however, a mysterious Hungarian countess, Elizabeth Bathory, arrives, driven by her “secretary,” Ilona. 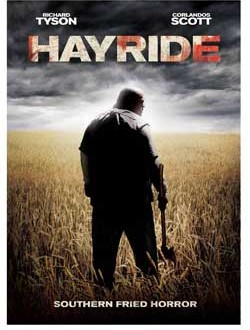 We have covered regional horrors here, Offerings, Unhinged, The Legend of Boggy Creek, etc. And now, Hayride, lensed in Alabama on a shoestring budget.

This one featured an escaped lunatic on the loose, unsuspecting townies, and of course, a hayride. This is a Halloween-set flick, spirited, amateurish, somewhat fun…