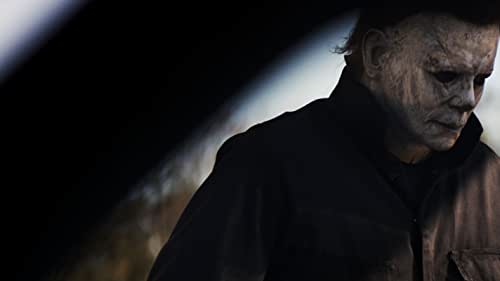 On this week’s episode of the podcast, a brief look back at Halloween (2018), Halloween Kills and Halloween Ends.

What mark has David Gordon Green left on this iconic franchise?

The last film entry has proven divisive, while there’s consensus that’s emerged, that 2018 is the best of the three. Is that the case?

On this episode, a look back at how Blumhouse dropped the ball on this one, other reboots (Slumber Party Massacre/Scream/Texas Chainsaw Massacre/Hellraiser), the Zombie fillms, highlights, lowlights, and where we go from here. 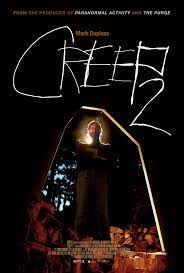 On this episode of the podcast, the sequel to the excellent POV horror, Creep – Creep 2.

This flick is a 2017 found footage psychological horror film directed by Patrick Brice and co-written by Brice and Mark Duplass, also the co-star.

The film follows Aaron, the eponymous creep, and his efforts to get his story told by a struggling documentary filmmaker, Sara.

On this episode of the show, the perks and pitfalls of POV-style horror, suffering for one’s art, the importance of character development as opposed to narrative structure in horror, the humorous elements of horror, Blumhouse productions, and straight-ahead slashers.

Also part of the discussion: documentary filmmaking as an art form, and the exemplary Canadian documentary, A Better Man, by Attiya Khan, as well as When we Were Kings.