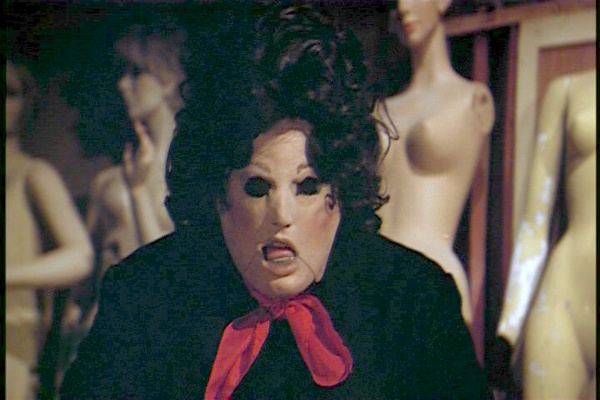 Tourist Trap is a weird, overlooked and under-seen horror classic. On this episode of the Really Awful Movies Podcast, we give this movie its due.

“God help those who get caught in the Tourist Trap, where beautiful young people looking for excitement…are TRICKED, TERRORIZED, TRAPPED…”

It’s “the nightmare that never ends” as well, but we digress.

It’s a 1979 American horror film directed by David Schmoeller, and starring Chuck Connors, the Brooklynite known for his four decades in the entertainment business, as well as playing in two professional sports leagues. Tourist Trap also stars Jocelyn Jones, Jon Van Ness, Robin Sherwood, and Tanya Roberts. The film revolves around a group of friends who wind up stranded at Mr. Slausen’s out of the way “museum,” where the mannequins are very lifelike.

Despite its name, Tourist Trap is definitely not your standard, lost-by-the-roadside movie. It’s way more supernatural and oddball.

It predated the slasher boom and was a bit lost among the shuffle…so it’s our job to spread the word…also, the film features one of the great kills in horror history, and is mentioned in our book, Death by Umbrella! The 100 Weirdest Horror Movie Weapons.