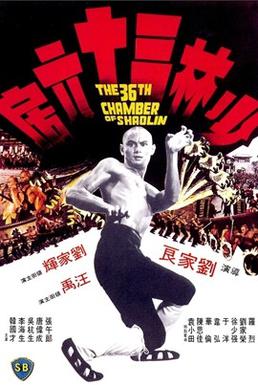 Arguably the greatest martial arts film of all time, in this week’s episode we look at the Shaw Brothers classic The 36th Chamber of Shaolin.

The film follows the exploits of San Te, a nobody who trains at the Shaolin Temple to master kung fu in order to overthrow the yoke of Manchu tyranny.

At first, the Buddhist monks want nothing whatsoever with this interloper, who’s arrived smuggled in via a vegetable delivery cart. San Te gradually wins them over with his awesomeness.

Basically one lengthy training montage from one chamber to another, this doesn’t diminish the fact that this is an intriguing piece of art.

It’s certainly much more compelling than the inane 90-second Seagal rehab/recovery and training in Hard to Kill.