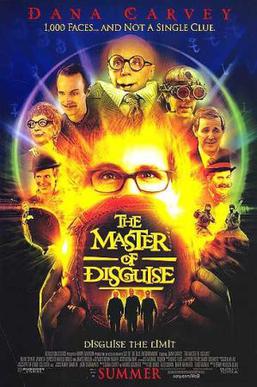 An unlikely, though very strong, candidate for one of the worst comedies of all time, The Master of Disguise is billed as “1000 faces…and not a single clue.” The latter could be an indictment of whoever financed this, a film with a potential audience of basically nobody. It’s too advanced for kids, yet too dumb for adults; its mired in a middle of nothing.

But don’t take our word for it. Sitting at 1% on Rotten Tomatoes, the M of D is essentially an excuse for Dana Carvey to do one inept impression after another.

He likely cashed in a few favors, as improbably, legit actors like James Brolin, Jennifer Esposito and Brent Spiner are along for the ride.

This thing is absolutely unbearable, even at a scant 90 minutes.

On Episode 104, we get into the glory years of Saturday Night Live, its movie spin-offs, what makes us laugh and what sinks us into bouts of depression (hint: it’s a 2002 feature starring Dana Carvey).