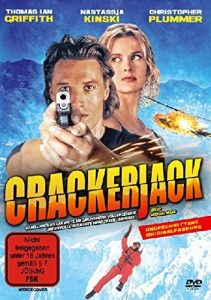 Is it Lethal Weapon? Is it Die Hard? More like, tries hard. Crackerjack is a spirited knock-off action flick, complete with a German uber-villain (played by Christopher Plummer, of all people).

First off, biases aside, we LOVE Crackerjack III, one of the wackiest, bonkers action flicks of all time. And like that effort, the first installment in the unrelated series, does not disappoint.

A hard-boozing Chicago cop is suspended from the force (what? A corrupt Chicago police! Who would’ve thought?) When he’s cooling his heels, resting his jets and doing other cliche things, his sister and brother-in-law figure some R&R is in order, so they book a vacation to a BC mountain resort. Why BC? Because British Columbia is notoriously cheap and offers tax credits.

To ITS credit, there are some hilarious action scenes here, some dubious dialogue, and even overt references to other, better movies (there’s a Godfather-esque Fredo) and of course, a Hans Gruber from Die Hard. 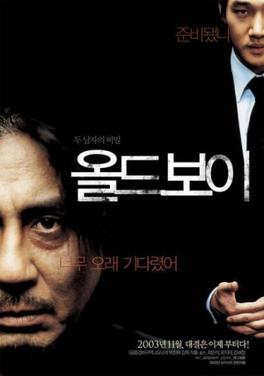 What would you do if you were trapped in a hotel room for 15 years? Would you make sure you get room service comped? Would you be enthralled by Cinemax for about a month or two before losing it entirely?

Oldboy ((Korean: 올드보이; RR: Oldeuboi; MR: Oldŭboi) is a Korean action flick par excellence. It’s simply amazing, and even with a premise like the one described above, it’s can’t miss.

But it takes us places above and beyond that.

It’s the late 80s. A salary-man named Oh Dae-su is arrested for public intoxication, missing his daughter’s birthday and sitting in the drunk tank.

His friend picks him up from the cop shop, and they go to a phone booth so Oh Dae-Su can make amends with the missus. Suddenly, Oh Dae-su is kidnapped and wakes up in a sealed hotel room, where food is delivered through a trap-door and he’s periodiocally gassed by unknown captors. Watching the television news, Oh Dae-su learns that his wife has been murdered and he’s the prime suspect.

Of course, he’s gotta wrest himself from the predicament and go hog wild with revenge.

What a plot, folks. Oldboy (not the terrible remake) is a higher-order action film, smart and savvy as hell and with some showstopping fight scenes. Join us for this episode of the Really Awful Movies Podcast.