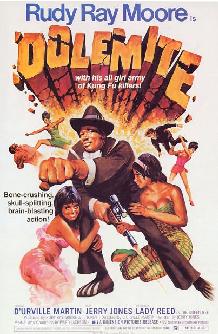 On this episode of the Really Awful Movies Podcast: how we got into low budget cinema.

On the show, we discuss the following films:

This film is about a couple who finances their dream restaurant by luring swingers over to their apartment and whacking them over the head with a frying pan to steal their money. An absolutely can’t miss premise that also features a (near) toilet bowl drowning. Also, Satan’s Sadists, a bikers run amok movie that actually DOES feature a toilet bowl drowning.

–The Intruder, AKA, I Hate Your Guts,

This one casts Captain Kirk William Shatner as a cross-burning bigot, one of the few Roger Corman movies that lost money.

A cheap martial arts flick, and a supposed “comedy,” featuring the self-proclaimed “Godfather of Rap,” Rudy Ray Moore (RIP) who once proclaimed, “When it comes to rappin’ I was through with it before they knew what to do with it.”

[for a more in-depth discussion of Dolemite, check out our Dolemite podcast!]